The last one year has been a good one for startups raising funds. VCs or Venture Capitalists invested to the tune of $48.3 billion in 4,356 deals in 2014, an increase of 61% in dollar value over the prior year, within which 41% of total investments accounted for software companies.

VC deals in the mobile space hit a new record in 2014 with $7.8 billion invested by Top Venture Capitalists.

Even with these fantabulous numbers, raising money is not easy. And you’re not alone.

Pandora was rejected 300 times by the VCs before finally raising funding. Skype was turned down by 40 top venture capitalists. Udemy’s funding pitch got rejected by 30 of the best investors. More than 15 A-list venture capitalists listened to Airbnb’s pitch and declined to invest. LinkedIn was passed on by at least 25 firms of various types, which thought consumer Internet companies were a massive waste of time and money, and rejecting Facebook’s expansion plans in 2004 still haunts some top venture capitalist firms.

Chris Dixon, General Partner at a16z sums up this in a simple line, “If you aren’t getting rejected on a daily basis, your goals aren’t ambitious enough.”

We then went ahead and collated the best advice from the top tech venture capitalist firms in the country, as they talk about what influences their decision of investing in any startup, or how to raise capital for a startup. 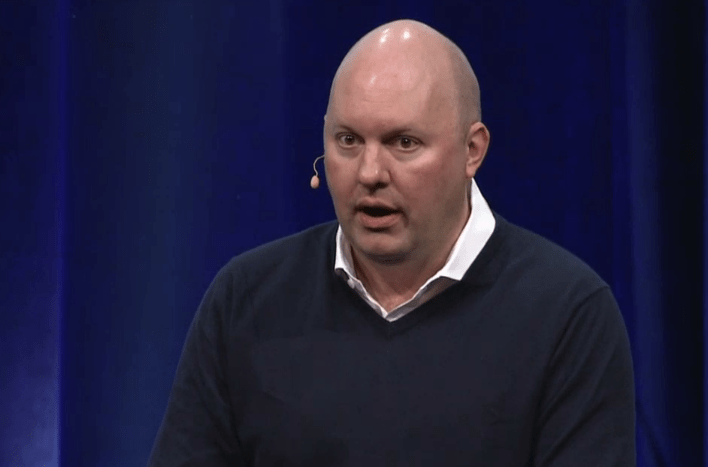 Marc Andreessen, co-founder of Netscape and now of one of the best venture capital firm in Silicon Valley – Andreessen Horowitz, said to a Stanford classroom:

“The number one reason that we pass on entrepreneurs we’d otherwise like to back is focusing on product to the exclusion of everything else. Many entrepreneurs who build great products simply don’t have a good distribution strategy. Even worse is when they insist that they don’t need one, or call no distribution strategy a ‘viral marketing strategy.”

Bonus: A guide to getting your app developed.

“The biggest lessons are the ones you already knew but maybe forget a bit. Beautiful products really matter, and enterprise customers are consumers too so those products have to be beautiful also.”

“For me, the lesson I always come back to is that the consumer experience, the experience in usage, those first minutes of picking up an app, device, or product and the experience they walk away with often times shapes your ability to capture that person and monetize them going forward.”

#3 Be different, learn programming, and listen to your instincts

Vinod Khosla who runs his own venture capital firm, Khosla Ventures is one of the top Silicon Valley venture capitalist. Here is a summary of his best three advices published in various publications:

“You can’t live in France without learning French effectively. It’s silly for Yale or Harvard to have you learn a second language like French when you live in a computer age and don’t know computer science. So, in terms of the language you need besides your primary language–whether it’s English, or Hindi or wherever you live–your next language should be computer science. It’s absolutely essential. No question about it. No reason to waste time reading Jane Austen when you can use that time to learn computer programming.”

“If you’re doing what everybody else is doing, you’re not doing anything interesting, and we won’t want to invest. I don’t even invest in businesses where six other people have the same technology. The idea is how can you turn a technology advantage into a business advantage? We prefer technology risk to market risk.”

“The problem is that entrepreneurs end up running in too many directions, often at the poor direction of a board member who knows little about the product or market. Ultimately, entrepreneurs are best served by trusting their own instincts–even if it means quietly ignoring the very person funding your company.”

#4 Don’t raise too much capital

Douglas Leone, senior partner, Sequoia Capital suggests entrepreneurs not to raise too much capital too soon, in a talk at Stanford Graduate Business School:

“Raise as little as you can to get you to something that you can show — plus maybe a quarter or two so you have a little bit of cushion — and then raise some more money. Raise as little — not as much — as you can because that’s the most expensive equity you’re going to sell”.

“Guard those shares [of equity in your company] with your life, and you should architect your investors the same way you architect your product and your engineering team. And, conversely, be very generous with the early engineers that you hire. Those are the ones that you should invest in, because the first two or three engineers, if you get those wrong, you are done.”

Related: Hire a consulting CTO for your startup.

Image Source: The Next Web

Dave McClure, a venture capitalist and founding partner at 500 Startups gave this advice on ExitEvent:

“Plenty of other investors in Silicon Valley might only take a look at the hockey stick growth companies. But 500 Startups makes a lot of small bets on companies that haven’t yet spiked. The investors want in early, when valuations are still low and a lot is left to prove. They can help figure out how to scale it. The key is having a plan that allows for the hockey stick growth down the road.”

He was also quoted in an article in Bizjounals saying:

Mike Krenn, President at San Diego Venture Group gives this suggestion in an interview with Startmeuplive.com.

“Investors want to see that you are 200% committed. Investors will not consider the risk-averse entrepreneur. If you are hedging your bets, you know that VC’s will hedge theirs by not investing in you. VCs want to hear how your company will be cash flow positive – not how you will profit with your exit strategy.”

“Perfect your pitch by asking people you trust to critique and advise you before you seek funding. Once you have pitched an investor, you will not be able to get back in. It’s better to have someone that already has a relationship with the investors you are seeking funding from to make the introductions.”

#7 Monetize from the get go

Mark Suster runs the largest venture capital fund in Los Angeles, Upfront Ventures, which has more than $1.2 billion under management. In an interview to Tech N’ Marketing, he says:

“I’m founder driven. I can be excited by any market where I perceive is large enough for a commercial and financial success and where I find a founder who is passion-driven and knowledgeable.”

“It is a rare company that shouldn’t concern itself with immediate monetization – I call this the 0.1% elite. These are people who have the right academic background and pedigree plus the connections to VCs to be able to raise large amounts of capital at reasonable valuations to delay monetization.”

“These are rare circumstances and while in early 2015 it has become more common place I don’t think you can plan for this to be the norm through the 2015-2020 timeframe. For most people monetization gives you more options, reduces your dependency on financiers and proves to you whether you have customers that value your offering.”

Tomasz Tunguz, partner at Redpoint suggests this in one of his blogs:

“The most successful pitches argue the market will unfold inexorably in the way the founders envision on a relevant time scale. And, that this startup in particular will dominate share in that new world.

There is no prescriptive way I can recommend to consistently argue inevitability. Some founders use data. Others use logic. Still others use emotion and passion to do it. But in the end, these exceptional storytellers make you want to believe, suspend doubt, and disregard the great risks that all startups face all along their journey, and get involved with the business.”

#9 Hire amazing people, don’t run out of cash and find your north star

First Round Partner, Rob Hayes thinks dozens of entrepreneurs avoid the responsibility to invest time in hiring and it always comes back to bite them. Here’s what he suggested to all first time founders in First Round’s VC blog:

“Hire the right people, don’t run out of money and always have a North Star. Founders who achieve these goals always succeed.”

“Your job is to get great people and get the best out of them. Even if this makes you uncomfortable, you’ll find that really good things happen.”

“Founders should be worried about cash on-hand all the time. Even if employees love you, they won’t stay if you can’t pay them. In the early days, know that it’s only about cash. That’s all the money you have to spend and should be spending.”

“Ideally, every founder is excited to get out of bed because they believe they’re doing something big and important in the world. They need to know what this is — to have this kind of North Star to guide them. That’s what’s going to give them the energy they need and the ability to hire all these people and convince all those investors. They have to make all these people feel like they’re going on the same journey.”