You are struck by a phenomenal app idea, one that you are sure has the potential to become the next big thing. You hire one of the top app development companies to work on it and invest a considerable amount of time and money to turn that app idea into reality.

Whether you are a seasoned app developer or a first-time app entrepreneur, the quest to make a successful mobile app is the driving force behind innovation.

Nobody loves a bloated product, least of all its users so it is only right that you go all in to ensure the development of an app that provides a seamless user experience. But how deep into development do you need to be in order to be sure that it is enough?

Where do you draw the line in the sand and how to ensure that the resources you have invested in app development won’t end up being futile?

The answer to the above questions is surprisingly simple. You take an MVP first approach!

What is an MVP App?

An MVP or minimum viable product is an app development philosophy that focuses on the development of the basic iteration of your mobile app that offers the core benefits of your product to its target users. The initial version of the app is devoid of all the bells and whistles and focuses solely on the features that offer value to the customers.

The concept of an MVP app originated as a part of the lean startup principles. Eric Ries, the author of Lean startup gave the following definition of an MVP. “MVP is the version of the new product that allows a team to collect the maximum amount of validated learning about customers with the least amount of effort.”

Side Note: Arkenea, ranked among the top custom software development companies in the country in the healthcare industry, helps startups and entrepreneurs develop healthcare MVP SaaS software and mobile applications. Get in touch for a free consultation.

A number of super successful apps of today actually started out their journeys as an MVP. It was only after hitting the market did they undergo significant changes, made successful pivots and ended up where they are today. Here are the best real-life examples of minimum viable product and what you can learn from each of them.

The Facebook that was envisioned by Mark Zuckerberg and his roommates at Harvard is nowhere close to what it has become today. The global social media giant started out as a college directory website meant specifically for students at Harvard. The website then spread out to receive sign-ups from other universities before eventually becoming a global phenomenon.

It was only because of the initial MVP of TheFacebook that led to the existence of Facebook as we know it today. Facebook wasn’t even the first product out in the market. The website was developed in a time when the world of social media was dominated by MySpace. But despite the head start MySpace had, Facebook managed to push the former into oblivion. 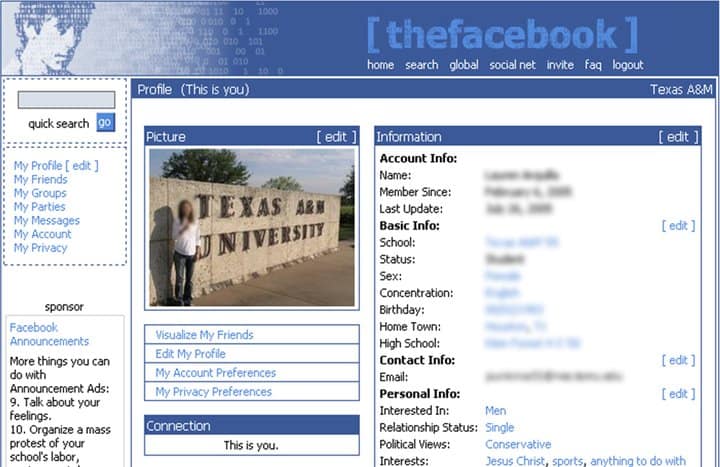 It doesn’t matter if you don’t have the fancy features your competitor has before you launch into the market. You don’t need to. Focus on the problem you intend to solve, gain traction within your target audience and let the market feedback mold your journey. The product-market fit won’t be far behind.

AirBed&Breakfast, sounds quite the mouthful doesn’t it? The founders Brian Chesky and Joe Gebbia weren’t really focused on the name when they started the website to provide accommodation to the people visiting San Francisco for an upcoming design conference.

The cash stripped co-founders soon realized that they had come up with a solution to a problem that plagued many. What started out as a website that let the founders rent out the air mattress in their loft for some cash soon transformed into a hospitality giant and an end to end travel platform that has listings of apartments, tree houses, manors, castles, igloos and even private islands.

Identifying a problem and defining the target audience that needs the solution you offer is the first step for launching a successful app. Scaling your mobile app from an idea to a successful product needs its base to be built on a market needs identification and solution approach.

The world’s favorite picture sharing app started off as an app MVP as well and sharing pictures was definitely not the focus of the app. Instagram, formerly known as Burbn, was a location-based app which let users check in similar to what Foursquare already offered.

While the users found its other features to be quite complex, one of its functionality- photo sharing, was a hit among the user base. There were quite a few apps that were focused entirely on photo editing and offered filters already in the market but they didn’t have the option to share these pictures. On the social media side, Facebook was dominating but it offered limited photo editing options.

Instagram founders exploited this gap. They removed all other features from Burbn apart from photo sharing and made sharing, liking and commenting on the pictures a simple process. They incorporated the filters, renamed the app to Instagram, and the rest, as they say, is history!

The ideology behind development of an MVP app is to put your product on in the market and collect user feedback. The build, measure, learn and repeat cycle is the reason why MVP approach works so well.

Dropbox is one classic MVP example that everyone quotes when talking about taking an MVP first approach. It was obvious that it needed to be on this list and there’s a good reason behind it. Even Ries, who popularized the MVP concept has dedicated an entire section in his book to the Dropbox MVP.

Drew Houston and his team were confident of the product they had toiled long and hard for but they had no way of knowing how the market would react to their cloud storage services in the midst of fierce competition. They needed a way to demonstrate their product offering to their customers so that they didn’t end up with a product that nobody even wanted.

The team came up with an innovative solution to the problem and made a 3-minute video that demonstrated Dropbox’s features. They achieved the much-sought market validation and the beta waiting list signups went from 5000 to 75000 overnight. The fact that the video contained numerous easter eggs intended for its target audience which was primarily tech-focused helped the cause and created virality as a result of a chain reaction.

MVP doesn’t even need to be an actual product. It is actually a philosophy that focuses on market validation of your product and use of innovative methods like video MVP can turn your leap of faith product assumptions to data backed reality.

Uber is the best example of the classical MVP model. Launch with a product that offers the core must-have features and add the nice-to-have features in the future versions. Uber which used to be called as UberCabs back in the day was born out of a difficulty in finding taxis the traditional way.

UberCabs was an iPhone app that was meant to connect the users with cab drivers and offer them a way to make payments via a credit card. The MVP version offered only these features on an initial level.

It was only after the app received significant downloads signaling its validation were the fancier features added. Features like live location tracking of drivers, automated payment system via in-app wallet, cost-estimation, fare splitting etc were added in its subsequent versions.

In the initial release of the app, focus solely on the core benefit that your app has to offer. It does not mean launching a bloated product that offers substandard user experience but rather the basic version of your product that solves the user’s problem while ensuring ease of use.

Buffer is now one of the most popular social media scheduling apps but back in the day, the founders worried if anybody would even want their product, let alone pay for it. They thus came up with an innovative MVP plan, one that didn’t involve any actual product development at all!

Joel Gascoigne, the founder of Buffer decided to build a two page website to test his fundamental business hypothesis. He then shared the link to the landing page via Twitter and asked whether others would be interested in his idea. This two page MVP resulted in idea validation of the app post which the actual development began.

Since the people were also clicking on the payment option on the landing page, the assumption that there would be people willing to pay for the product also got validated. Development of Buffer took 7 weeks after landing page validation.

Instead of develop first and the customers will come approach, the MVP approach establishes that the concept behind the product development is valid. This saves considerable time and money that would have been otherwise spent in building up a product that the customers don’t really want.

The founders of Instacart, the door to door grocery startup app knew that a demand for their product existed in the market but they did not have the resources and the infrastructure necessary to get the backend operations running. They started off with an MVP app to overcome this shortcoming.

They went forward with a manual first MVP, also known as a wizard of Oz MVP or the man behind the curtain MVP. They developed the client facing app in which the customers would place their orders but they had no backend system in place to ensure automation of the purchase and delivery process.

The founders manually went around purchasing the items within the orders placed and delivering them to the customers’ doorsteps. Only after they had achieved the product market fit did they built in the backend infrastructure necessary to automate the process.

The product you are launching doesn’t need to be fully formed or anywhere near completion before testing it out in front of the actual customers. If the client facing user interface results in a good user experience, your mobile application is ready for bridging the gap towards the coveted product market fit.

Surprised how your favorite apps looked like back in the day or enjoyed a little trip down the memory lane?

Let us know in the comments below which one among the MVP apps listed is your personal favorite.