“If a cluttered desk is a sign of a cluttered mind, of what, then, is an empty desk a sign?” – Albert Einstein

Whatever works for you!

This week in our new series Visuals, we’re taking you through the offices of some of the most popular and successful entrepreneurs to show you how and where they work – their desks. And who’s going to tell them they’ve got a messy one? Like hell it made any difference to their lives or the company they’re running 🙂

You want to be featured among these successful entrepreneurs? Get started with our guide to creating a mobile app business.

Related: Hire a custom software development company to help you build your startup.

Here’s a picture of Facebook founder, Mark Zuckerberg’s desk at his headquarters in Menlo Park, California. Facebook has been waving the no-walls banner and may be that’s the reason Mark’s office has glass walls (or no walls).

In the background, you can see the room where Mark holds most of his meetings. It seems he got a graffiti job done on his desk when artist David Choe stopped by to help paint the new office. We say, nice! 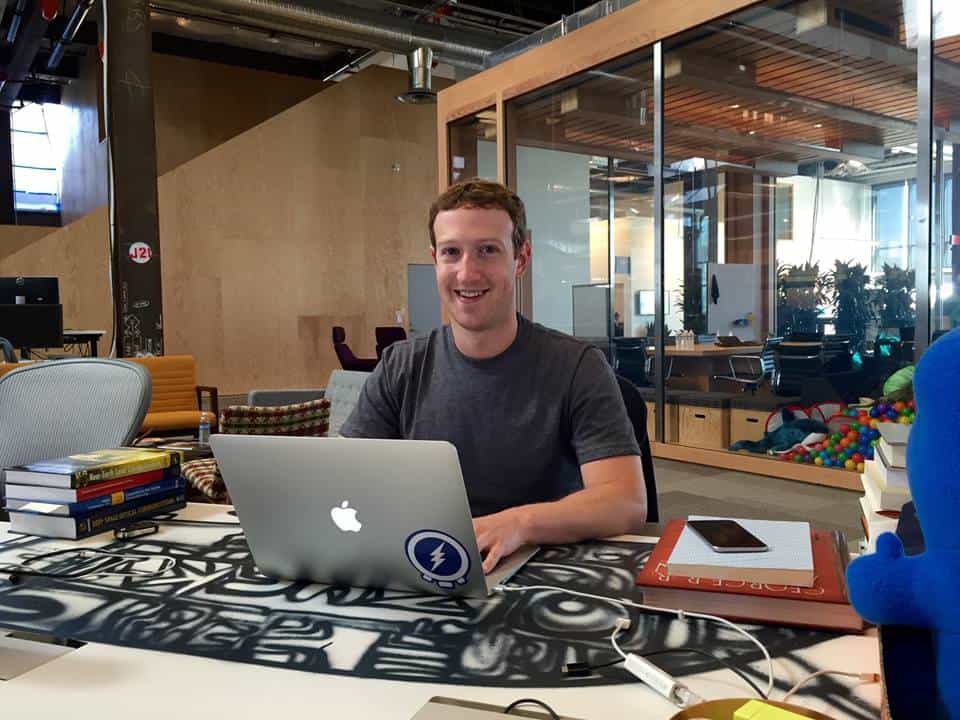 Tesla and SpaceX Founder and real world Iron Man inspiration Elon Musk comes with many tags. It was noted that he works around 100 hours per week, that’s about 14 hours per day. For Elon, the secret to making his busy life work is having a very regimented schedule.

This is Snapchat CEO Evan Speigel in his office. The 24-year-old $1.5 billion founder-CEO is officially the youngest billionaire in the world, according to Forbes list. Snapchat recently got a big office complex near Venice Beach with a 10-year lease.

The creators of instant messaging service WhatsApp, Jan Koum and Brian Acton who sold their app to Facebook for a reported sum of $19 billion. This is their office desk at their company headquarters in Mountain View, California.

Co-founder and CEO of Foursquare. This is a picture from Foursquare’s New York City office, where conference rooms are named after badges that users win with check-ins. The room where Dennis is sitting in this picture was named after the award for attending mutiple karaoke joints: ‘Don’t Stop Believing.’ We think all the stickers on his laptop are pretty cool!

Founder and CEO of Kiip, Brian Wong shared this picture as a part of Linkedin series, ‘Where I Work’. This is Brian’s desk at the Kiip San Francisco HQ. He wrote in the post, “There’s a bit of everything on my desk: my computer, a bigger screen so I don’t have to crane my neck all the time, our fancy elastic band-y chairs that never wear down, a lot of gifts accumulated over the past 6 months or so. My team has joked about how I’ve now taken over 3 desks as you can see some of my stuff spillover.”

Below is Moz co-founder and The Wizard of Moz, Rand Fishkin at his standing desk at the Moz offices in Seattle. Rand said in an interview, “Both at home and at work I have a standing desk with a very large monitor (30″). I have a really bad case of sciatica, so haven’t been able to sit down and work for several years.” Notice the toy guitar on his window, we have heard he is really fond of them.

He is the writer and entrepreneur focused on mobile apps, metrics, and user growth. Like Brian Wong, he also posted a picture of his work desk for Linkedin’s ‘Where I Work’ series. Andrew says in the post, “Having a big screen is key, so that I can keep on top of whatever I’m working on. I will usually put my calendar, email, and whatever music I’m listening to on the secondary monitor. I have a post-it note taped to the monitor that says:  3 pm – Floss – Drink water – Stretch  and I have an alarm on my computer that fires at 3 pm.”

Andrew uses an evoluent vertical mouse which cuts down on wrist strain and a Bose QuietComfort 15 headphones which blocks every distraction.

This is the workstation of Tony Hsieh, an American internet entrepreneur, venture capitalist and CEO of the online shoe and clothing shop Zappos. Tony sits in an open space next to other executives on the third floor of Zappos’ building. Since Tony is not particularly fond of the term executive, the company’s officers are referred to as ‘monkeys’ and the area where they sit is known as ‘Monkey Row.’

Pictured below is Spencer Rascoff, CEO of Zillow Group, an online real estate database. His office is in Downtown Seattle. He has two vertical monitors and one horizontal one on his desk. According to him, it’s easier to read webpages vertically than horizontally.

Spencer said in an interview, “I have a treadmill desk so I can hit my daily Fitbit goal. I am in the corner of an open floorplan and because I’m usually standing on the treadmill I’m tall enough to shout to anyone on the floor.”

Bonus: Steve Jobs in his home office in Palo Alto in 2004. No fancy and sleek designs here, an ordinary work desk of an extraordinary personality. News reports suggest that Apple has left Steve Jobs’ office exactly the way it was when he died.

… we leave you with this amazing video, showing the ‘the evolution of the office desk’, demonstrating the steep shift from cork boards and fax machines to Pinterest and PDFs. Enjoy!