According to CrunchBase, in 2009, 9.5% startups had at least, one woman founder, but by 2014 that rate had almost doubled to 18%. These women not only deserve the spotlight for their hard work but are also a great inspiration for anyone trying to build a business.

We’ve curated a list of some of the female founders who are totally crushing the mobile space and developing incredible mobile apps. 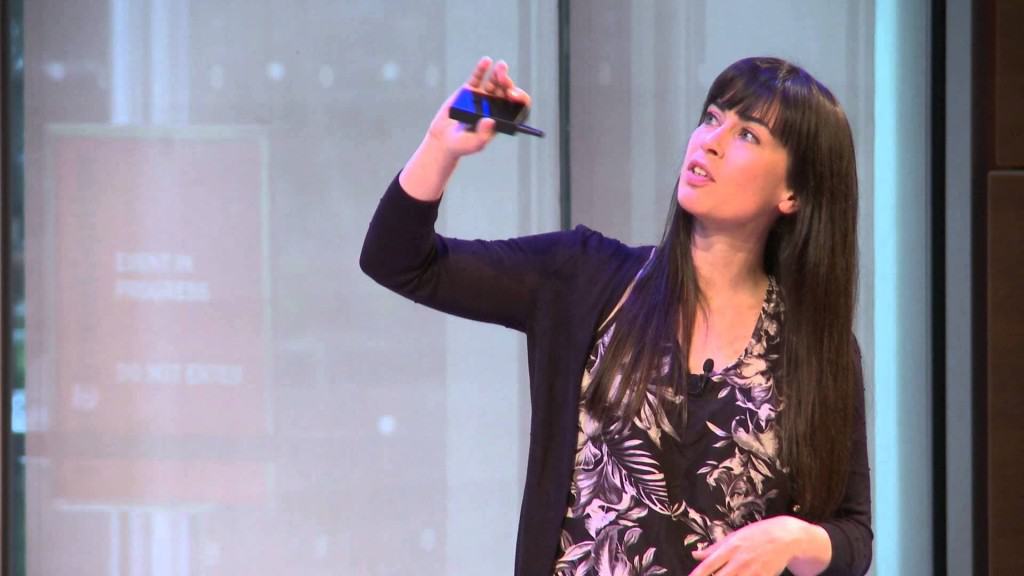 She founded the company from a small cafe in Palo Alto, CA and today they have grown to thousands of users. Sandi convinced Quibb’s first users to join by personally meeting with people she wanted on the service.

The network is available by invite only, and Sandi personally vets each applicant.

Mathilde is an ex-YEC member and Front app was a part of Y Combinator’s 2014 batch. The Frontapp is a group and social email app. So for instance, emails to group accounts like sales@yourcompany.com can be discussed by a group of recipients within a continuous space, instead of being endlessly forwarded and replied to, creating confusing nests of responses.

Mathilde managed to get featured on 3 different channels: Hacker News, TechCrunch and Product Hunt, with the launch of her app.

In an interview with WSJ, she said, “I’m a woman CEO and it doesn’t change anything.”

StyleSeat is a place for discovering and booking top beauty and wellness professionals near you.

In 2009, the San Francisco resident, Melody was on the receiving end of three styling disasters—each at upwards of $300 a pop.

Her frustration of having a bad haircut inspired StyleSeat, an online appointment management system for stylists, launched to businesses in 2011, on the stage at TechCrunch Disrupt in New York City.

Melody said, “I started the site because I love the beauty and wellness industry. I can’t imagine doing anything else.”

Julia along with her husband Kevin saw the power of events bringing people together and in 2006 founded Eventbrite, a global marketplace for live experiences that allows people to find and create events in 180+ countries.

Before finding Eventbrite, Julia worked as a television development executive at MTV and FX Networks. For the first few years of Eventbrite, Julia ran customer support and the marketing department for the company, along with finance.

Today, she is responsible for building, evolving, and sustaining a team of 500 people. She has been also honored as one of Inc.’s 35 under 35 in 2014 and Fortune’s Most Powerful Women Entrepreneurs in 2013.

#5 Robyn Exton, founder of HER

Robyn Exton is the creator of Her, the social app for gay women.

Robyn came up with the idea of lesbian, bisexual, queer and transgender women dating app during a conversation in a London bar in 2013. She began taking coding classes, and that fall launched Dattch, the former name of the app HER.

She said in an interview, “I started working on Her because I was tired of using platforms that didn’t feel relevant or right to me and my friends. There were hundreds of platforms built by men for men, often turned pink for women, and none of them felt relevant or helped me make friends and have conversations with the women I wanted to talk to.”

You can not only not only find a date but also read articles and find events specific to the queer female community.

ClassPass is a membership program for fitness classes across multiple gyms and studios, making working out more engaging, accessible, and affordable.

Payal has been dancing since the age of three. In 2011, frustrated at not being able to find a ballet class to drop into after work, she had the idea to create a search engine that would do it for her.

Today, ClassPass is in more than 34 cities across the U.S.

“We built Alfred to find time to do the things we love. With Alfred, we can fundamentally change the way people help each other and get things done,” Marcela and Jessica.

These two Harvard students were sick of their dirty apartments, so they built a company that will do your chores for you.

Hello Alfred pairs busy individuals with organized, knowledgeable, intuitive people who handle all of life’s necessities: from groceries and dry cleaning, to tailoring and sending packages.

They built the product for themselves and over time people in their apartment building started to join.

Gillian launched Hitlist in 2014, a mobile app that lets you know when it’s cheap to fly to your dream destinations.

Before entering the startup world, she worked as a consultant, journalist and educator in Turkey, China, the Gulf states, Syria and Afghanistan. The idea of the app came to Gillian when she got stranded at the northern border of Badakhshan with only $200 left. She didn’t have enough money in her bank account to buy a new plane ticket.

She has been sharing her startup journey on her blog with super useful advice for aspiring entrepreneurs.

#9 Kate Kendall, founder of The Fetch

The Fetch is the place to share and discover the best events in your city.

The Fetch started as a newsletter in Melbourne, Australia in mid–2011.

With so much noise on the web, Kate decided to curate the best information  about the events in an email and send it to her network. The response was promising and soon it became a weekly email newsletter that curates the best events, conferences, meet-ups, jobs and industry news in one guide.

The newsletter quickly began generating passive revenue from advertising in the second month after launch and grew to other cities within a year.

Boomerang is a Gmail plugin that lets you schedule emails to be sent whenever you’d like, hide messages for later (like hitting a snooze button), and has a number of other useful abilities to ease your inbox woes.

The Gmail extension launched in 2010 took off faster and hit 70,000 downloads within a week after the launch.

The idea for Boomerang also came from a personal pain. Founder wanted a solution to the biggest problem of keeping track of messages, so Boomerang was born.

If you are or know any female founder who is building a killer mobile app company, please share the story in the comments section below.